Today I’d like to address the way our wicked women dress – namely, I want to talk about the ridiculousness of the Evil is Sexy trope.

There’s two things that I really despise about the way female villains tend to dress as defined by that trope. One is in another related trope: this idea that a villain is going to run around with her boobs hanging out because she’s evil. The trope suggests that this is done in part to get things past the censors: “It’s okay if they dress immorally. They’re the bad guys! (wink).” This bothers me because it works. Immodesty is equated to evil. You may be, if you know my Christian values about dress and covering the body, raising an eyebrow at what I just said. However, the thing about dressing modestly is that I do it because I have the belief that my body is a sacred object and the way that I hold it as such and respect it is by keeping it private – a belief that I know is my own. Other women feel that the best way to celebrate their body, to respect it, is to not be ashamed of it. While morally I may disagree with this view, I certainly can’t argue that another woman wanting to celebrate her body by showing it off is evil. Self-confident, maybe, possibly narcissistic, but there’s nothing inherently evil as appreciating oneself. So I truly hate this idea of our tagging more promiscuously dressed women as villains. That’s stupid, there’s nothing evil in their dress. Different moral standards, maybe, but who am I to judge? Dressing that way doesn’t make someone evil (contrary to popular belief) and someone who is evil isn’t necessarily going to dress that way so knock it off.

The second thing I hate about the idea that a villainess is always going to put on the low-cut, mini-skirt, fish net outfit is what I’m going to call the villain box. The villain box is the exact opposite of my main philosophy of villaincraft: VILLAINS ARE PEOPLE, TOO. And people are everything. Why do we hate stereotypes, even true ones? Because they’re never 100% true. That’s just people for you. There are all types. But people still put villains in the villain box, a tiny space that says villains have goatees and skimpy black leather outfits to accompany any breasts, they have no qualms with any crime, they like to kill women and children and kick puppies. This is, as I have mentioned before, utterly ridiculous.

It is entirely possibly for a woman who is “evil” to want to respect her body – you have me as an example. And not every villain is going to want to wear black, or possibly red. 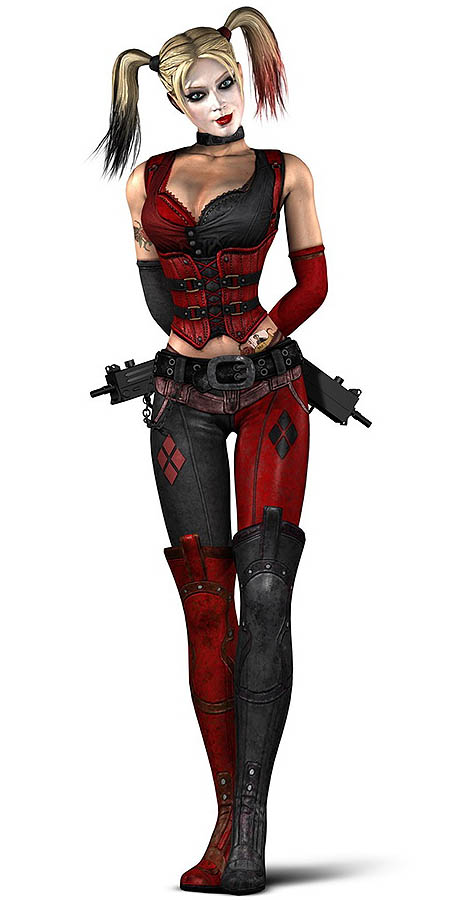 Though sometimes it makes sense and it can look really good. It’s just when those are ALWAYS the ONLY colors allowed.

Currently, there’s only a very narrow range of women villains who get to wear pink. But why? Why do they have to be that specific personality type to be evil and wear pink? Why does a woman who has character growth to become a villain rather than a hero suddenly lose all her earlier tastes and pick up black over her original pastels? My favorite colors are true purple and chartreuse. That’s bright green, guys. The brightest of bright greens. Which means I don’t usually wear anything in it, because it’s a garish color. (Not a bad accent, though). I do have a lot of purple clothing. And not a dark, evil purple – royal purple. Other women around me who do have similar tastes in stories and humor like colors like red and blue. Not scarlet. Not midnight. Just red, or sky blue, powder blue. Try picking the favorite colors of your villain by asking the nearest girl what her favorite two colors are. Laugh when one of them is salmon.

Do I wear a lot of black? Yes, but only because ThinkGeek’s shirts are usually in black, and black is slimming. But then I plan on living in the desert so sometimes I wish the shirts were white instead. Or that I had an ice-cream cone. Actually I’d rather have a quickly melting ice-cream cone instead of a white shirt, because my Team VanHelsing and my Chaotic Evil shirts just wouldn’t look as good on white. Please take note as to why I’m talking about this – it’s not the color for the color’s sake, it’s the thing on the shirt, the fandom thing I want to display, that makes me care about the color. I don’t care about wearing black because I’m so eeeeviiiiil. I care about it because then people can see what funny picture of the prime cuts of a unicorn is on my shirt.

Do I like pink? No. I only own one pink shirt and only because it only came in pink – and the pink does suit the graphic on it. But that’s just me. There is absolutely no reason why another girl who is a villain couldn’t like pink. Some of us really don’t care about looking ‘girlish’ or not – and some girls like to look ‘girlish’ and some girls hate it. All villains need not fall in that last category. Take her out of the villain box!

Also, I know it’s been addressed a hundred times over, but nothing’s changed so far as I can see so let me remind you: wearing leather is uncomfortable. It’s hot. It’s sticky. It chafes. Stop putting evil women in leather suits. No one would do that to themselves – dress all in leather all the time and just walk around like that –  if they could help it (unless, I suppose, they’re cosplaying or have some sort of fetish. Or are a warrior who isn’t a meatshield.)

Now, if it truly is in the tastes of your villain to dress more, shall we say, traditionally, that’s fine. No qualms here with a woman character that likes to show off her goods. There are woman like that in the real world. That was always one of the things that made me most berserk when designing my own characters – certain parental units would frown if they didn’t meet our religion’s dress standard. I’m sorry, not every one of my characters is a member of the same church (which doesn’t even exist in my pretend world anyway – wouldn’t make sense for it to, for one thing). Neither should your characters be all one flavor, all one standard – modest or immodest. But please consider a different standard than the one traditional standard. Maybe she could wear an emerald evening gown that shows a generous portion of cleavage and goes down to her knees, no slit, with nylons and simple flats. You know, something that a woman would actually wear. Maybe she wears a cropped white shirt with booty shorts and sneakers. You know, something that a woman would actually wear. Something that isn’t the slinky black dress with only bands of cloth over the breasts and a slit up to her waist. Something that isn’t the latticed black leather, the stupid no-one-would-fight-in-those heels, the impossible-to-cosplay-without-a-nip-slip-or-major-glue bust line dresses, the corsets – sure, there are girls who would wear those things. But not all of them. Not most of them. Actually, those girls are going to truly be in the minority.

If we’re changing our sample size, if you rightly say, “Well, Rii, not every girl that exists would be fair to look at if we’re making villains because a lot of types of girls wouldn’t be a villain,” I still hold my ground on this. Because the women who are the villains aren’t going to lack morals concerning their bodies, and they won’t have the same (uncomfortable) tastes in clothing. Sometimes the villainess will be the cold mother-in-law, who is herself Christian or of some similar religion/culture. Sometimes it’ll be the nerdy chick, or the mousy clique-less girl, or a cheerleader who isn’t your stereotypical air-brained bimbo. Sometimes it’ll be the middle-manager at the office. We’re writing fantasy? Most female fantasy characters need to re-think their entire wardrobes anyway. I suggest going actually period if you’re doing a medieval-esque setting. Don’t stick the -esque on there as an excuse to flout the traditional dress (except for when you like it) in favor of fan service. The medieval peoples were a modest peoples (well, sort of – but look up illuminated manuscripts and you’ll get a good idea of what period dress looks like. Protip: it’s not actually much what we think it looks like). Dress the women, even the villain women, in the proper dresses. Oh, we’re doing sci-fi now? Maybe consider skipping the keyhole.

Take some time and talk to your girl, find out what her style is, her taste. Dress her that way. Ball up and throw away the tropes and traditions. If you don’t know about women’s fashions and tastes, talk to different girls around you who dress differently. Go to the mall and walk cluelessly around the women’s section (which is pretty much how I shop for clothes in the women’s section at the mall myself). If you’re a guy*, pretend you’re dating this female villain of yours and that she’s a real person (the best thing you can do for your characters is pretend they’re a real person) so when the store associate comes up to you, you can say you’re trying to buy clothes for a special lady and they can help you figure out what she might wear. Listen to girls when they have cruel, catty conversations about what another woman is wearing. Ask other writerly friends for help. We can beat the nonsense of the female dress code.

*I guess you don’t have to be a guy. If you are a straight woman, and you still don’t know, you could always say your sister or something.

An aspiring author, artist, avid consumer of storytelling medium, gamer, psychologist (insomuch as one with her bachelor's is a psychologist), wife, mother, DM, Christian, a friend to many, and, most importantly, an evil overlord.
View all posts by Rii the Wordsmith →
This entry was posted in Female villains, Making Villains (Making Villains la-la-la!) and tagged dress, evil, fashion, Female villains, tropes, villain, villains, writing, writing tips. Bookmark the permalink.