Hey, all – just on thinking more about humor and villains, my husband pointed out that a villain who uses humor well can actually be scarier. His example

HAVE SOME CANDY 😀 This phrase will not at all become a vicious death-chant later in the movie.

was King Candy from Wreck-it-Ralph. Certainly, his jovial nature put me off his trail. Also I don’t usually try super hard to figure out plot twists beforehand and choose to just enjoy the book/movie/whatever. But in any case, the only thing more terrifying than a man saying menacing words is a man saying kind or silly words menacingly. Provided you pull it off right, of course. Otherwise it might just be downright silly.

Of course when my husband first mentioned this point, my first thought

was the Joker. Certainly, if anyone has a terrifying sense of humor, it’s him. Then again, part of his deal is that his sense of humor isn’t just dark, it’s totally off and what he finds funny, like say killing someone and then shaping their face into a grotesque smile for rigor mortis to seal, we probably don’t. But you can’t say he doesn’t have a sense of humor, even if it’s totally twisted.

Either way humor is still a special technique seasoning, it seems, and you’ll probably need practice to get it right. Humor can be hard to write anyway.

As for Avatar…I do want to make a few things clear.

I do not consider Iroh a villain because, well, he’s not. I don’t think anyone will argue with me on that point. Heck, he’s barely even an antagonist for season one and definitely not afterward.

I do consider Zuko a villain. Still. We just finished season two and…aaargh, Zuko, nooooo! I will continue to consider him a villain until he finds his honor the way Iroh found his. 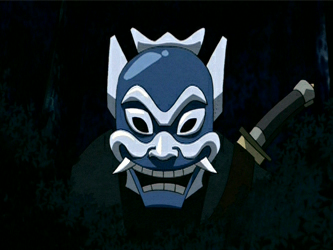 Willingness to steal and mug, puts his own goals above anything or anyone else (not always but more than never), chooses the side of his clearly sociopathically evil sister instead of the friggun Avatar despite the Avatar’s offer of friendship and the kindness offered by Katara (twice, since she offered to heal Iroh AND his scar) versus the life-long teasing and antagonizing of Azula, which ultimately betrayed Iroh…Look, I know there are redeeming qualities but the kid ain’t using them to redeem himself out of the “villain” box.

I do not consider Zuko anywhere near as heinous and excellent a villain as friggun Azula, but that is not to say I don’t enjoy Zuko’s character. And by “excellent a villain” I just mean Azula is scoring villain points left and right whereas Zuko has proved himself a competent fighter but doesn’t have the material to be an overlord like Azula.

D: So here’s to hoping that Zuko changes his mind in the last season. No spoilers please.

An aspiring author, artist, avid consumer of storytelling medium, gamer, psychologist (insomuch as one with her bachelor's is a psychologist), wife, mother, DM, Christian, a friend to many, and, most importantly, an evil overlord.
View all posts by Rii the Wordsmith →
This entry was posted in Making Villains (Making Villains la-la-la!) and tagged Avatar, humor, villains, writing. Bookmark the permalink.