When I say “religious villains”, you probably think, 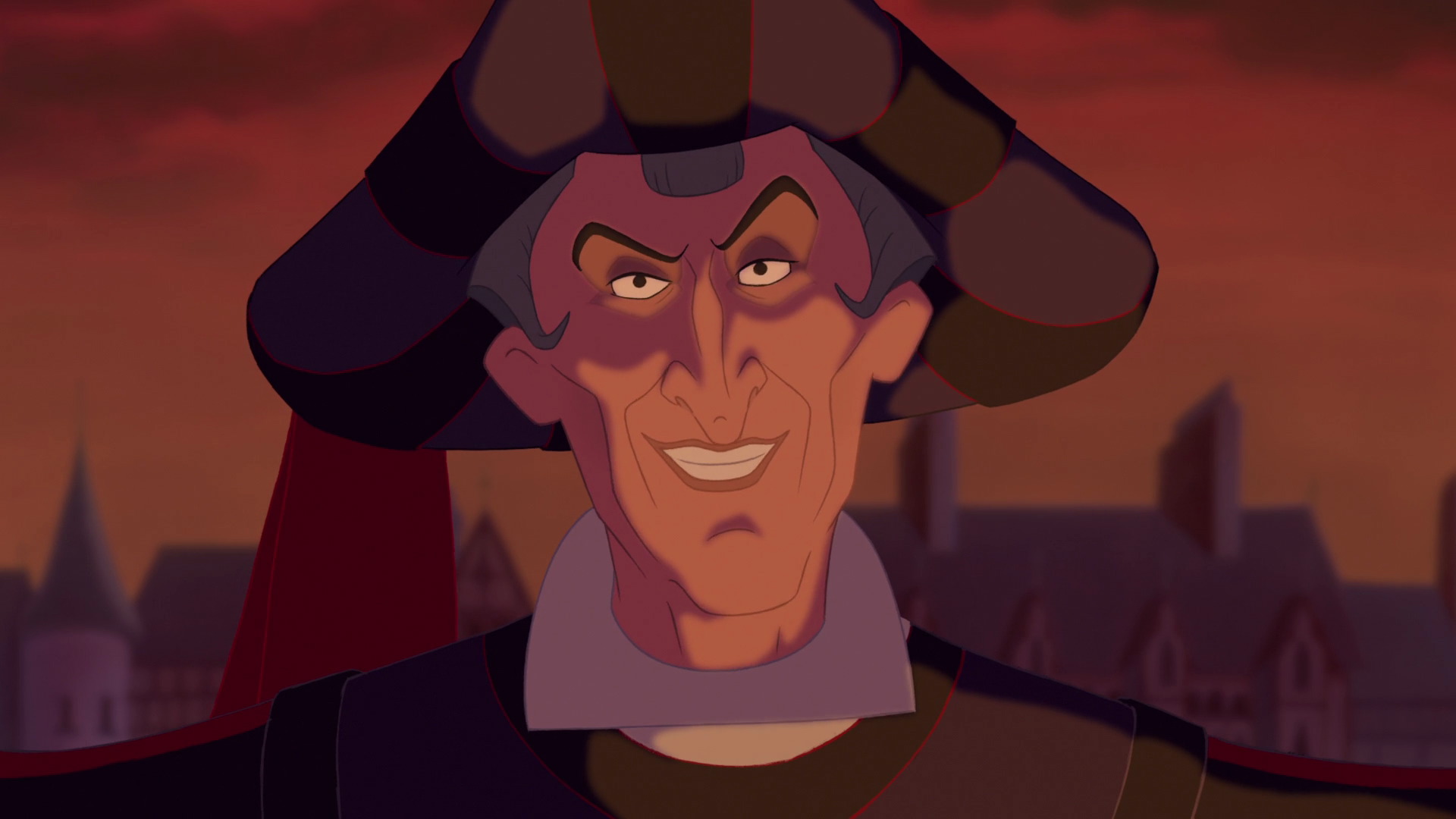 villains who exemplify corruption within a religion, or,

Because villains are a very narrow type of person who can only be one or two things, right?

There’s nothing wrong with writing in a good old-fashioned satanic cult in your book, or even a corrupt priest, even one as a symbol for the corrupt religion as a whole. They’re cliches, but as I’ve said before, a cliche used well isn’t a crime. Cliches are tools for writers. But the whole “corrupt religion” thing IS pretty stale at this point.

What? There’s a prevalent religion in this game? I’m gonna go with…uncovering secret corruption for 500.

I mean, when you do the corrupt religion thing every time, and when your villains are either probably atheists or else hooded, blood-soaked cultists who are worshiping an elder god they probably shouldn’t, you are once again taking all your villain kittens and duct-taping them into the villain box.

Did you know it’s entirely possible for your villain to be part of a religion that isn’t an evil cult, nor is it totally corrupt and he’s part of the corruption? True story! Just take the Mafia for example. Wednesday they grab someone who didn’t come through on the deal and shoot him in the back rooms of the casino, Sunday they pray in Mass and pay their alms. Incredibly evil, yet devoutly Catholic. There IS some dissonance with the whole, Thou Shalt Not Kill thing but hey, it’s just business. When you think of the widows and the poor, you’ve done right by God and surely He understands that if you go soft in your business, your empire collapses. I mean, if you send flowers to his funeral and money to his kids, you’ve basically made up for it. Just follow Al Capone’s example.

Side note, Albanian mafia > Itallian mafia, just so you know. No, this isn’t a matter of opinion, it’s the Albanians are bigger and more terrifying and troublesome than the Itallians, who are actually based on the Albanian mafia anyway. Albanians are generally Muslim though, so if you want to write them instead, probably don’t do it devoutly Catholic.

Villains are people too. Any of us religious folks have our pet sins, even if it’s not usually murder. It’s easy to be religious when you think of religion as just the ritual things to do and nothing else. Say your prayers morning and night. Go to church every Sunday or Saturday  or whenever. Follow the prescribed dress code. Follow the diet. Love thy neighbor as thys-waaaait a minute that crap is hard. Whatever, just do the ritual stuff that marks me as a [Christian/Muslim/Buddhist/Fictional Religion/Cultist] and call it good, that’s enough for God, right?

That’s not even a stretch since that’s how a lot of people actually DO religion. Any religion. And it’s easy to write away the parts you don’t follow. How many fuggy old Christian men say that we shouldn’t feed or clothe the poor because something something give a man a fish versus teaching him to fish and Christ was the Fisher of Men and so we have to teach the poor to help themselves. That’s what Christ meant when He said, feed and clothe the poor. Yep. Nailed it.

Even when you’re trying to justify murder, you can do it. Crusades, anyone? It’s fine, they’re just Infidels. You know, in Ye Olde Bible Times, there was a reason we don’t have anymore that justified a killing. We have self-defense and insanity – they had “delivered into your hands by God”. You know that story of David before he became king when Saul was being a huge jerk to him, and David fled because Saul threw a spear at him while he was playing his harp and joined a gang and had the chance to kill Saul twice due to God delivering Saul into David’s hands? Yeah, it wouldn’t have been murder for David to kill him. And even if I’m a little foggy on the details, that story is seriously in there, at least in the King James Version. But there are plenty of other stories where God directed His people to genocide another people so it’s not like it’s particularly hard to come by in the scriptures. Even if we’re going to pull that “oh no, you confronted me with uncomfortable stories in the Bible” face and push it carefully to the side, I can turn to my LDS friends and say, “Hey remember when God told Nephi to kill Laban?” The Bible isn’t the only scripture with an example of slaying someone in the name of God. I can’t say much about other religious books because I haven’t read them, although the Torah has most of the Old Testament in it, doesn’t it? So in that case it almost definitely has God-ordered slayings. I don’t really know what’s in the Qur’an but then, there’s enough fanatics to show that regardless of what’s actually in the Qur’an, they can justify murder through religion too.

The thing about being religious is that with this discussion of murder and God, that dips back into the corruption thing. But I want to be clear I’m not talking about corruption, I’m talking about justification. The religion is NOT okay with murder. Your villain talks himself into thinking that it’s all good anyway, or just doesn’t address that part.

Do take care, though, when using actual religions. Make sure you’re not sending a message you didn’t mean to send.

An aspiring author, artist, avid consumer of storytelling medium, gamer, psychologist (insomuch as one with her bachelor's is a psychologist), wife, mother, DM, Christian, a friend to many, and, most importantly, an evil overlord.
View all posts by Rii the Wordsmith →
This entry was posted in Making Villains (Making Villains la-la-la!) and tagged Catholicism, cultists, mafia, religion, religious corruption, villains, writing, writing tips. Bookmark the permalink.