Sometimes, you come up with a pretty good villain, but you have no idea what he should be doing. This leads to ridiculous schemes of a Doofenshmirtz level, in a scenario that is not as hilarious. I mean, I’ve seen some ridiculous super villain schemes, schemes that seem to serve no real purpose except that they are problematic and…er, evil by some moral value, I’m sure.

I also have encountered the writer now and then that just isn’t sure how to DO the whole evil scheming thing. Their villains have potential but they always remind me of someone…

Someone who wasn’t actually a villain at all because he was just trying to fit in. Fate seems to have handed him the role of villain so he played the role because that’s where he fit and that made him happy.

That’s what happens when you just stick your villain into the story to fight your hero. They aren’t a real villain, they’re just filling the role fate gave them. And if they, like Megamind, were to capture the world, I imagine they’d react the same way. Woohoo! Launch a fire truck into a bullseye and…bored now.

That seems to be true of other super villains, that their plots are just about epic battles, and that’s why it gets Doofenshmirtz-y. So how do you plan out an evil plot worthy of your villain, book, and hero? How do you avoid the evil plan that has to be defeated because your villain’s got nuthin’ after that?

Never, ever make a character’s actions independent of their motivation. Villains are people, too, and people don’t just do things randomly without motivation. 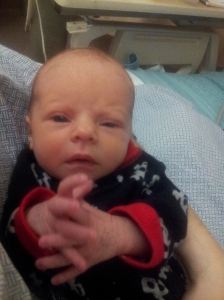 I do not cry just to ruin my parents’ lives and keep them sleep deprived. I always want something (probably food).

Don’t start with the what, start with the why. I understand sometimes, you find yourself with a what. “I need my hero to go X and do Y!” and then you’re stuck, because your hero doesn’t want to go X or do Y. And you fix that problem by giving him motivation to do so.

Meanwhile, your villain has no reason to fight the heroes other than that you kind of really need him to do so. But like your heroes, your villain needs motivation.

When you find yourself stuck because you can’t figure out what your villain is doing, ask yourself what his goals are, and then what he needs to do to accomplish those goals. Then, based on how evil your villain is, you can start adding the diabolical as he is not limited by morals. “I need money for X” might mean, “Let’s have a bake sale!” to a hero, but “Let’s rob a bank” to your villain. Or maybe, banks are too hard to rob nowadays, so they’ll steal something else.

Most big goals require smaller steps to accomplish so if you know your villain’s end game, you will have the rest of his plots figured out, too. And as your villain’s plots are foiled by the hero, he’ll have to adapt and come up with new plans.

That’s how you plot evil plots. You find out the why before the what.

An aspiring author, artist, avid consumer of storytelling medium, gamer, psychologist (insomuch as one with her bachelor's is a psychologist), wife, mother, DM, Christian, a friend to many, and, most importantly, an evil overlord.
View all posts by Rii the Wordsmith →
This entry was posted in Making Villains (Making Villains la-la-la!) and tagged evil plots, Megamind, motivation, villains, writing. Bookmark the permalink.