Hey, minions – writing fight scenes is hard and there’s a lot to say so I’m going to publish this one with general advice today, then one on group fights tomorrow, and then one on one-on-one fights the day after.

There’re a few reasons why writing fight scenes is so hard – one is the approach. You can describe the fight blow-by-blow but unlike an action movie where you see it happen, that’s not actually really interesting. Another is the language you use – how do you say someone used a certain technique? Do you painstakingly describe the actual motion (saying “he curled all his fingers into his fist but his thumb which he pointed up” instead of “he made a thumbs-up”), do you look up the technical term for the technique that your readers may not know anyway, do you liken it to something familiar? And how do you write the scene in such a way that’s not obnoxious, that’s Mary Sueish?

What’s going on here has very little to do with just what’s in the picture.

In the final battle between Harry and Voldemort, JK does tell us what’s going on in the fight, what spells they cast, how they hit each other, what’s going on. But she, more importantly, tells us what the fight is actually about. Every visual detail is important not because the fight itself matters that much, but because it tells us about how the tide of the the deeper issues in the fight are progressing. As the white knot of magic pushes towards Voldemort, we know that Harry has grown to be stronger, that his will is overcoming Voldemort’s. We know that love is more powerful than hatred, that love is winning. Harry also tries to convince Voldemort to feel remorse out of concern, even for his enemy, that Voldemort’s afterlife is going to be excruciating. We might be told what they say, what they do – but the battle isn’t about the spells clashing and pushing on each other, it’s about Harry’s will and strength versus Voldemort’s. And what with the whole elder wand thing, it’s also about cleverness and craft. Not two wizards slinging spells at each other.

What about the fight between Inigo and the six-fingered man?

We all knew that Inigo’s skill vastly would outmatch the Count’s, yet this fight was still epic and so satisfying when Inigo won.

This battle was about vengeance and a miracle. About a love for a dead father so strong, Inigo defied death and defeated his enemy. Peace in justice served. So what is your fight actually about? Tell us what’s happening in the fight, but only sprinkled through telling us what’s happening on a deeper level.

Language – that’s going to be something you learn yourself, generally. But unless you already taught the readers the technical battle terms, it’s probably not wise to use them because your reader probably won’t know them. Conversely, taking the time to explain exactly what the character is doing will slow down the action incredibly, and that’s really bad in a fight scene. Your sentences should be staccato. In a graphic novel, small, slashy panels give a feel for quick motion. You can do the same thing with the cut of your sentences. Do not ever describe something by likening it to something else, even if you’re writing a fanfic (ex “He bent backwards like Neo in the Matrix”) because that’s horrible. It may be acceptable to do so in dialogue but…

Your book is not The Matrix. It will never be The Matrix because that’s a movie and it already exists. It’s okay.

So what about the Mary Sue thing? What about power versus power? There are three important elements that will help you here.

One: keep it short. If it’s really just about the food chain of badassery, you don’t need to spend very long showing us how cool your character is. You make it too long and now you’re just being a show-off, dragging the thing on, beating the dead horse. Or minion, as the case may be.

It’s the Edward Elric rule: keep it short! By Airafleeza on DeviantArt.

Two: there has to be real risk. The best gripping tale is one in which the reader is invested. The reader will become invested if there’s risk. There are many ways in which you can make risk. Maybe it’s clear that the enemy will overpower your character and they have to outsmart him. Maybe who is more skilled isn’t clear. Maybe they’re stalling for time and you have to pray reinforcements will arrive in time. When your character is clearly more powerful and is clearly going to win, there’s no point* to the fight, and there’s no investment. There’s no risk because we know who will win so who cares? If the odds are bad, make the reader feel it. Don’t just say it because that doesn’t mean anything.

There might be lasers flying everywhere around our heroes but there’s not really any sense of risk. Freaking teddy bears are taking these guys down without any problem.

Three: take damage. This will help with risk, yes, but it also means that your character can learn a lesson. Your character can grow from the encounter, it feels more realistic, and maybe there are scars that forever remind her of her fight.

*If your character is OPing his way through a fight and there’s no risk, there can be a point, but that point is, once again, not about the battle at all. You need to then focus on what’s going inside your character. Is his rampant destruction horrifying? Were you building up to this point? Is it fantastic? What’s going on in your character’s head? 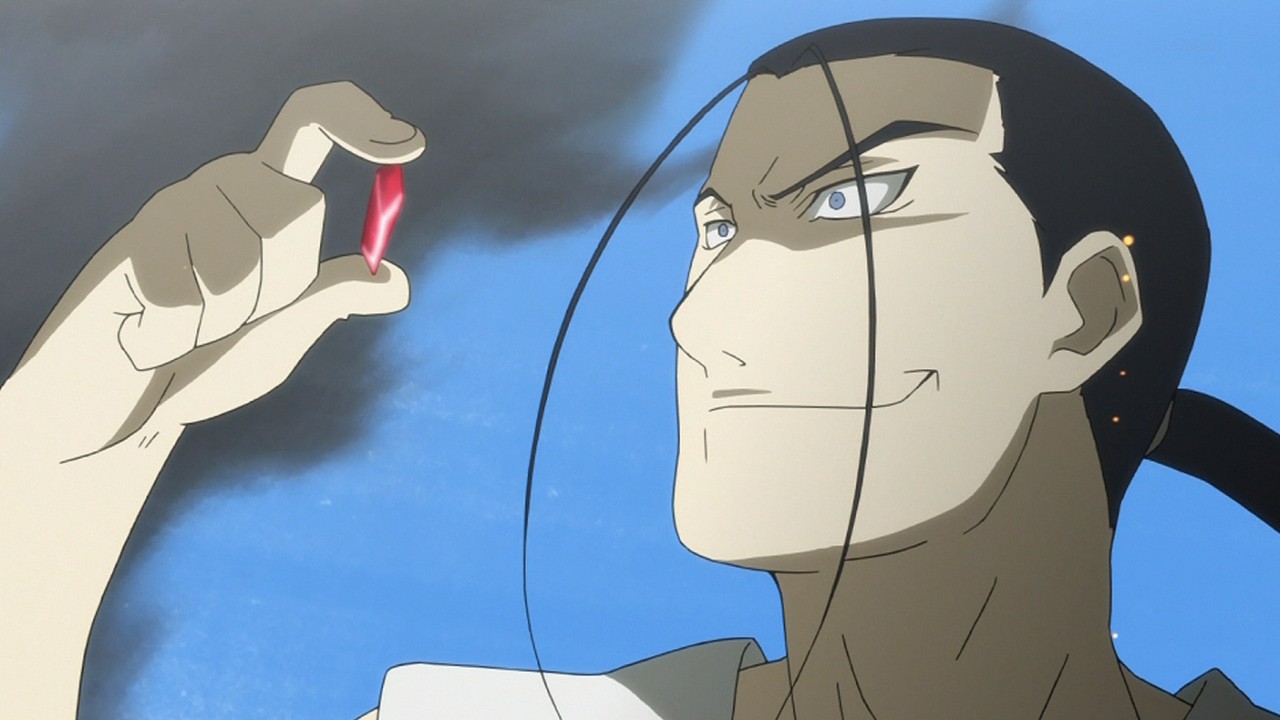 With the Philospher’s Stone at his disposal, no one was a match for Kimblee’s destruction…it’s about the power of the stone, the insanity of Kimblee, the horror of the homonculi. It’s not about his blasting apart Ishbalans. (FullMetal Alchemst)

The best thing you can do to get better at fight scenes is to look for fight scenes you want to emulate and read/watch them. Read them again. Look for the word choice, sentence structure, layout, use of blows and use of speech or internal dialogue. Read them again and pay attention to your flow of emotions. Read them again for enjoyment, see how it all fits together. My writing group highly recommended writing out the scene by hand yourself to help you really process it. Don’t type it, it doesn’t go through the same place in the brain. If it’s visual, try writing out what you see.

Battles are hard to write, so when it doesn’t turn out the way you wanted it to, don’t get discouraged. I still have a hard time with it from time to time, too. Just remember you can always re-write the scene, so if it doesn’t turn out the way you wanted, go over it again, look for where the action or character development or plain writing is stilted. Ask a friend to go over it, tell you where they felt anything, where they lost interest, how they felt. Keep practicing.

An aspiring author, artist, avid consumer of storytelling medium, gamer, psychologist (insomuch as one with her bachelor's is a psychologist), wife, mother, DM, Christian, a friend to many, and, most importantly, an evil overlord.
View all posts by Rii the Wordsmith →
This entry was posted in General Writing, Making Villains (Making Villains la-la-la!) and tagged battle, battle scenes, fight scenes, fighting, mary-sue, writing, writing tips. Bookmark the permalink.