Hey, minions! Last post about fighting today – yesterday was group fighting and Monday was general advice. If you missed Monday’s post, most of the good stuff was there. Also I’m sorry it’s late – I’ve been pretty seriously (mentally) sick lately.

One on one fights. It’s just two people, so it really shouldn’t be that hard, right? Of course, how do you make the fight truly epic? If you have two, I don’t know, super-power mages throwing fireballs at each other, is that cool? No, not really. How do we make it cool? According to action movie logic, maybe blowing everything but the combatants up makes it cool. But then when you get people who care about NPCs, it’s also horrifying because of the immense collateral damage. I mostly just feel like that’s irresponsible and lazy. “Bah, I don’t know how to make this fight cool, let’s just blow stuff up, blaaah.” So how do you do it? I feel confident in my ability to write one-on-one because of all the forum roleplaying I’ve done, ever since I was a kid. Nothing is harder than doing a fight scene in a roleplay, let me tell you. You don’t control your enemy and it’s sometimes actually really hard to say who would win, your character or the other PC’s.

But I learned to worry less about who should win or showing off my character’s skill and more about following through the actions. So even when the enemy was friggun OP (over powered) – spells that summon a thousand arrows to shoot at me, or a dozen magic swords that suddenly explode into hundreds of shrapnel shards – the important thing wasn’t to protest their OP with OP of my own, the important thing wasn’t to show how epic my dude was because he made it out unscathed. When roleplaying, you’re telling a story together with others and even when your companions suck at roleplaying, you have to do your own best anyway. (Besides, especially if they’re young, example is the best way to teach.)

Let me tell you a little about the swords one. There was a lot of other OP stuff going on – in the end, my ability to still survive without breaking character or whining to my partner made for an epic story.

…this picture is a lot bigger on my DA. Hm. Anyway I even drew a picture of Ryuko, the lizard who wouldn’t freaking die. Take that, OP!

Every time he threw something else at me, I felt panic since I didn’t want to break character nor complain at the ridiculousness nor die. In every case, I was able to think of a plausible solution with one simple middle step: Stop. Breathe. You don’t have to respond immediately – or in the case of your controlling everyone, you don’t have to figure it out immediately or write it immediately. Throw something crazy that your character can’t win against, and then stop to breathe. That’s how epic fights are made.

Try Warbreaker by Brandon Sanderson, the Foundation series by Isaac Asimov, or finding a war veteran father-in-law for some examples of clever fighting. Those are all rather different flavors and dynamics – and there are a lot of others out there. 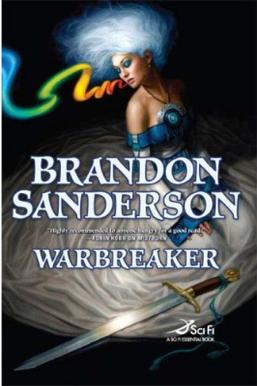 The end battle between Spoiler and I Can’t Tell You, now THAT was clever!

One other thing about one-on-one: check the flow of battle. Is it action-reaction-action? Action-reaction-reaction-reaction, looking for an in, action? Here, let me speak in something that actually makes sense: is one person whaling on the other, who is just doing their best to survive until they can make their own move, or are they both expert swordsmen, pushing on each other? How much is one person reacting to another’s actions? Victory is not usually reactionary, so if one person is just desperately trying to survive, they’re eventually going to have to make an action of their own, strike. Where do they find the in for that?

They are both testing each other here, playing more than fighting. The actual struggle for life doesn’t begin until they are both using their right hands again.

And always, remember that you  need to write about what’s actually happening, not just the outside fight.

If you want to get better at fighting, I already mentioned finding fight scenes you like and watching/reading them, analyzing them, and again…but also try roleplaying! It’s a whole different level of obnoxious hard. If you’re totally new to roleplaying, just be warned it’s different enough from writing that just because you might be a good writer doesn’t mean you’ll be good at roleplay.

As with everything, practice. I know you’re going to write some pretty cool battle scenes.

An aspiring author, artist, avid consumer of storytelling medium, gamer, psychologist (insomuch as one with her bachelor's is a psychologist), wife, mother, DM, Christian, a friend to many, and, most importantly, an evil overlord.
View all posts by Rii the Wordsmith →
This entry was posted in General Writing and tagged battle, battle scenes, epic, fighting, one-on-one, writing, writing tips. Bookmark the permalink.