Why I Made An Oath Against the Undead

It was when I was around eight or so, and it was the kind of oath that a vampire slayer might make against vampires. I mean, I’d still totally use zombies and crap in a story. I just hate them.

Undeath and evil are – or at least were, before we all apparently decided vampires and zombies are awesome and misunderstood and we all like them – closely related. Likely this is because undeath goes against nature. Dead things should stay dead.

But that’s where it gets sticky. I was explaining that dead things should stay dead and that’s why I don’t like zombies to a classmate one time – college, for frame of reference – and he pointed out that he once died for a handful of minutes in a motorcycle accident. Should he have stayed dead?

I don’t really know how to answer that question, but a part of me grumbles that it’s different. I mean, if he didn’t stay dead after a few minutes, then was he ever really totally dead in the first place? Even if he flatlined and was technically dead, and he saw heaven or whatever, if he comes back, was he really dead? I don’t know how to address that but he’s clearly not a zombie so whatever.

But there’s the other aspect that makes undeath sticky. There are people who would argue I worship a zombie (to which I indignantly reply that if you’re going to spew blasphemies, at least get them straight: He’d be a lich, thank you, what with His ability to bring back other dead and immense powers, and His returning was done by Himself. Lich. But seriously, don’t call my god a zombie OR a lich, that’s super incredibly rude and not at all funny.)  See, Christ is different from a zombie because He wasn’t brought back in undeath, He was resurrected, which is again different! (You can argue if you want, but then you’re being pedantic.)

But then…resurrection, less horrible and creepy than undeath or not, is still a matter of dead things not being dead anymore. So what’s really my beef with the undead?

Well, undeath feels like cheating to me, honestly. Cheating in, often, the most lame possible way ever. Because it’s a way of things not being defeated. Look, once you’ve been defeated and killed, you are done. You don’t get to come back! That’s bullcrap!

Aw come the frick on! How many times must I kill you?

But that’s not all, no. The undead creature I hate the most is the vampire, and that’s because vampires have had more and more powers pressed onto them as society and writers alike have decided to romanticize them – the guy comes back bigger, and badder. Except with vampires, we’re now at the point (or were, depending on who you hang out with) where vampires are basically humans but cooler in every way. I mean, sure, there’s that whole have to drink blood thing, but it’s easy to make loopholes around that. Starting with the fact that it can be sorta glossed over, I mean, vampires are immortal so it’s not like they ACTUALLY have to eat, right? (groan.) Or, like, animal blood works too, sure. Oh, also vampires get super speed and strength. For no particular reason, I mean, vampires are just cool, okay? Better than humans! Also even though a vampire is literally a dead person, who keeps the appearances of the original human they were except maybe more gaunt and definitely more pale, they’re often gorgeous. Do you know how much sense that makes? Frick, guys, we’re not talking about blood-sucking elves here!

VAMPIRES ARE LITERALLY DEAD PEOPLE. THEY ARE, IN ACTUALITY, CORPSES. To like them is NECROPHILIA. They are walking cadavers! They are stiffs that aren’t so stiff! 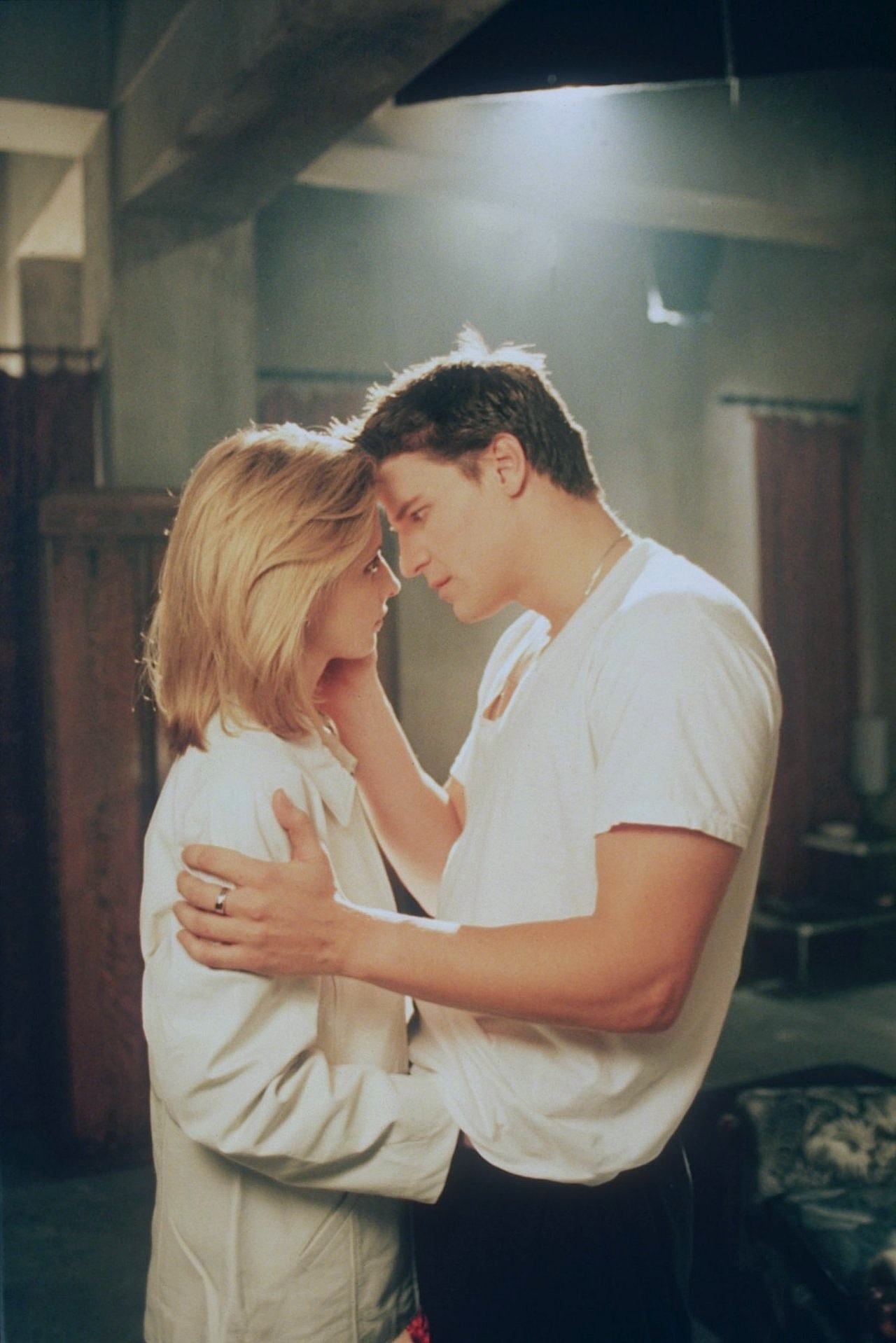 Ew no Buffy stop look if you don’t want to kill him that’s fine but- eeew stop no aw friggun not Spike too what is WRONG with you?

Anyway it’s just stupid and cheap and mary-sue-ish to me. What, you die and come back way, way stronger…for no reason? No. That’s cheating in the lowest, most pathetic way.

Look, I’m not saying don’t write vampires. I intend to include my own vampire mythos in my own stories. But probably definitely stop making them Tolkenian elves of the “human but better in every way” fashion. If you die, that’s a bad thing. Death is bad. Bad! So there have to be legitimate consequences. Cadavers aren’t pretty, for one thing, and if they get strength, there has to be a cost somewhere. And I’m still going to hate them, even if they’re a “good guy”, because I hate the undead.

I have varying degrees of accepting other undead, but I’d still kill them all. Because they’re undead, and it’s an abomination against nature, a cheat, and dead things should stay dead.

Liches – these are usually sorcerers who seal their soul in a phylactery and then convert themselves to a skeletal being who are immortal and regenerate from their phylactery if destroyed. The only way to kill a lich is to destroy the phylactery, and then the lich. Or maybe the other way around, if you can do it quickly enough. Some mythos have destruction of the phylactery sufficient. Liches usually do this to themselves on purpose, so defeating them the first time around is as a lich. But then there’s almost always the matter of finding the cursing phylactery and defeating them again. And again. That’s, uuurgh, so obnoxious! I hate it! (You are totally allowed to use this plot device. I just hate it and want to kill it for exps.)

You know, Voldemort is basically a lich with multiple phylacteries.

Zombies – nowadays we want to show zombies as friendly and funny as much as mindless monsters. But to me, a zombie is a cruel and wrongful desecration of a person’s body, using it as a weapon without their permission. Sure, some zombies retain their personality – but those zombies are jokes. And I’d still kill them for xp.

Banshees – These might have been alive once, or maybe they were just always dead, vagrant souls announcing death. Either way, wandering spirits don’t belong on the mortal plane so off you go!

Other Undead – see these get more obscure and people know them less. Revenants, wights, ghouls (if that’s not a synonym for zombie to you), constructs, etc…and they tend to have more interesting and or complex origins. But they’re still undead, still shouldn’t exist.

So I made an oath against the undead because once you’re dead, you’re done playing, you don’t get to come back, we don’t need to defeat you again, because it’s an abomination against nature. But hey, I’m also not really for murder or rape or other terrible crimes either. I’d get rid of all of those if I could. And yet, I’d also still put them in books.

Just do us a favor and don’t make it a cheap trick to bring things back to life, and please don’t make vampires blood-sucking elves who get sunburned easily.

An aspiring author, artist, avid consumer of storytelling medium, gamer, psychologist (insomuch as one with her bachelor's is a psychologist), wife, mother, DM, Christian, a friend to many, and, most importantly, an evil overlord.
View all posts by Rii the Wordsmith →
This entry was posted in Making Villains (Making Villains la-la-la!) and tagged I hate the undead, undead, vampires, villains, writing, writing tropes, zombies. Bookmark the permalink.

2 Responses to Why I Made An Oath Against the Undead