Xanatos Has Been Defeated

Posted on September 3, 2015 by Rii the Wordsmith

When my husband found out I hadn’t seen Gargoyles as a kid and, subsequently, got the first two seasons on DVD for his birthday, we began watching immediately. I was able to peg the villain pretty instantly – like before we even met him just from the intro. Sure enough, Xanatos was a bad guy, and he went to jail for theft after like the first five episodes.

This led to Carmen (You can say her name is Elisa all you want but I watched enough Where In The World to know Carmen when I see her) trying to convince the gargoyles to find a new home while they still had a chance and Goliath refusing, repeatedly stating that they were fine to stay in the castle on top of Xanatos’ building where he lived because “Xanatos has been defeated.” Carmen tried to explain that he just went to jail for a few months or whatever and would be back.

“Xanatos has been defeated.” For a big scary gargoyle he is just -adorable-!

It’s a bit of a joke now, sometimes I’ll just randomly turn to my husband and say, “Xanatos has been defeated” because it’s just so funny. We were five episodes in. Obviously Xanatos was not defeated. He came back and caused more ruckus. (Luckily Carmen got the other gargoyles to move and Goliath just kinda had to go too.)

So I said that I don’t like the undead because I hate it when a villain is defeated and comes back, like, no dude, you had your go, you’re done!

But how is that different from a villain making a comeback from defeat that didn’t involve death?

I want to start off by saying that it’s automatically a little different if they don’t die. I mean, death is pretty permanent, or at least iT’S SUPPOSED TO BE [/yelling at zombies and whatnot] so I don’t necessarily hate this device. I also want to point out that a frequent example is where it looks like the villain died, because he fell off a cliff, but I mean come on, we all know he didn’t. I want to point that out to immediately say that’s not actually an example at all because the villain was never properly defeated. The defeat would have been death. He didn’t die. He wasn’t defeated. Do your job properly, heroes, sheesh. 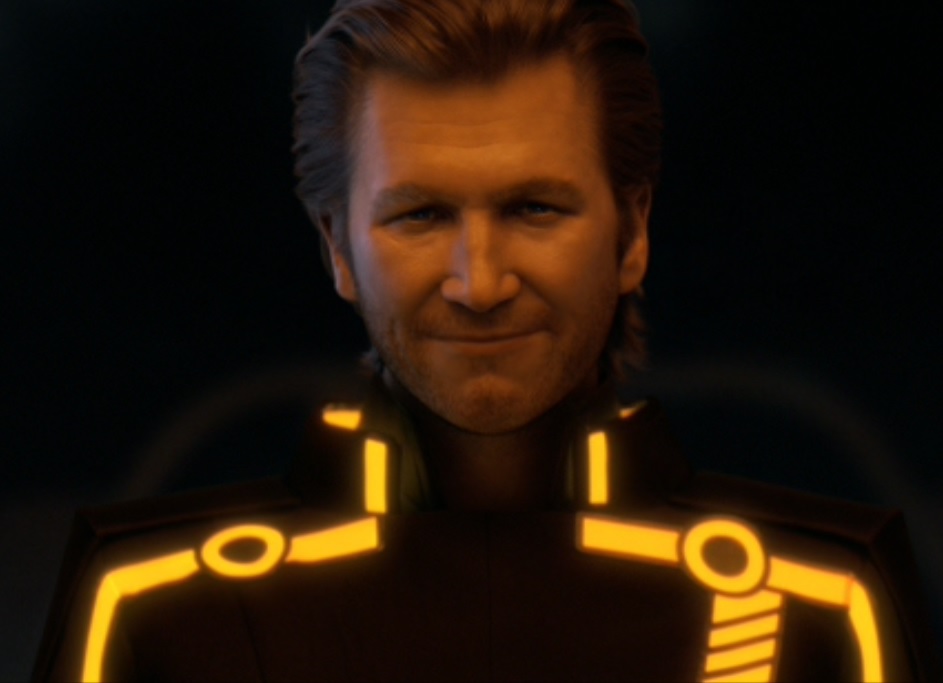 There’s this one part in Tron Legacy where the heroes get in an elevator that loses power and goes zooming to the ground (but of course they don’t die) and then CLU talks to the guy who was supposed to kill them and he’s like, “I presume they died in the elly-vator!” and CLU says, “You presume?” before sending his best warrior to go check it out and it made me SO HAPPY. FOR ONCE THEY DIDN’T TAKE IT FOR GRANTED.

The thing is you don’t often see villains coming back from a proper defeat unless they’re a recurring villain or something. In which case the timing matters a lot, and how they come back, and whatnot, but that’s their whole point is to keep coming back so I don’t have any real feelings about it.

Honestly, my reaction to “Xanatos has been defeated” should say how I feel about this – unless the villain is dead, something like dead, or has truly had a change of heart, he’s probably always a threat and will definitely come back. To think otherwise is naive. So it’s all about

Make sure when your villain comes back, you have a real reason to bring him back. If you’ve introduced someone else as the new villain, your old villain will be competing for space and attention. The smaller the size of your creation, like a short video or novella, the less useful it is to have two villains. Even a single movie should be wary of having multiple villains because of time constraints – even two villains means they both have half the strength they could on their own.

Also consider that reason for  bringing him back in depth. What does that make your heroes feel? How has the villain’s motivation and personality changed? Maybe his “defeat” was, to him, just a minor setback like with Xanatos’ time in jail, where he spent the whole time plotting his next move anyway and didn’t really consider it a defeat. (“Xanatos has been defeated.” It’s just…it’s just never not funny.) Did your own villain even consider the defeat as such, or were your heroes naive?

If it was a real defeat, consider if it wouldn’t serve your story to actually just…keep the defeat and introduce someone new, too. Maybe your defeated villain really is done. Don’t think about how much you love the character, but how much the story needs someone fresh.

Either way, I don’t have beef with a character coming back from a defeat if they learned from it because in a way, that just makes them a new threat, a new and more dangerous threat. If they didn’t learn anything, that makes them some sort of crappy recurring villain and ugh, get out of the way, you’re no bother to me, you’re just a distraction. It’s only when a villain comes back from death that I get itchy – and by “I” I mean my staking hand.

An aspiring author, artist, avid consumer of storytelling medium, gamer, psychologist (insomuch as one with her bachelor's is a psychologist), wife, mother, DM, Christian, a friend to many, and, most importantly, an evil overlord.
View all posts by Rii the Wordsmith →
This entry was posted in Making Villains (Making Villains la-la-la!) and tagged Gargoyles, Goliath, recurring villains, villains, writing. Bookmark the permalink.

2 Responses to Xanatos Has Been Defeated