Posted on November 8, 2016 by Rii the Wordsmith
Writing systems can be just as hard to come up with as the language itself, so here are a few tips for doing it right.

The first question that you have to ask yourself is how many of the speakers of the language know how to write. Is writing reserved for nobility and monks holed up in monasteries devoting years to scribing sacred texts? Or are little children being taught to write in schools across the globe? Because the more people there are that write the language, the simpler it is going to become.

Let’s take a look at the English alphabet. Out of the twenty-six letters of the English alphabet, only six of them require more than one stroke of the pen: f, i, j, k, t, and x. Now, granted, in school that’s not how they teach it. I was taught to make a p by drawing a straight line and then a circle to the right of that line at the top. But that is not at all how I write a p when I’m writing something by hand. My p is one stroke comprised of a really thin oval that ends in a loop. It is much faster than drawing a line and a circle, and importantly it is just as recognizable as a p. And the faster people write the harder it is for really complicated symbols to remain legible. People are going to figure out what bits of the letters are not needed for recognition and cut those out.

Speaking of the English alphabet and simplification, did you know that there used to be more than 26 letters? There used to be another s, often called the long s. It’s the letter that looks a lot like an f (the only real difference is that the strike through the long s only extends to the left instead of both directions like for f) and gives us texts that look like they’re talking about ‘bleffings’ when they are talking about ‘blessings’.

There was no difference in sound between a long s and an s (the rules for which to use depended entirely on where in a word the s appeared) and it was easy to mistake the long s for an f so eventually people stopped using the long s and we are left with just the s we know and love. German solved this problem by developing the eszett ß, which is a long s connected to a regular s. In practice, however, I usually have seen people write ß as just a B with a tail, because it’s easier to write.

The loss of the long s demonstrates the next important part of developing a writing system: writing will tend towards symbols that are easily distinguishable from one another. When we’re reading something, we don’t want to have to sit there and think “Is that an f or an s?” It impedes reading and if enough people are reading on a daily basis those sorts of possible confusions are not going to last long. I suspect this is why English cursive writing has been dying. While it is faster to write in cursive (due to the fact that you have to pick up your writing implement a lot less), the letters are much more similar to each other and thus harder to read. (And sure, the ability to type which means people just write less in general, too.)

Let’s take a moment to mention Tengwar, the alphabet used to write Quenya. Take a look at this alphabet and see if you notice anything.

The characters are all super similar. If you look at the top chart of this graphic, every letter in the chart is just a rotation of or adds a line to one of the letters in the first column. You can go even further and say that all the letters in that first column are simple variations of the letter for r at the bottom of the column so that the whole top chart is essentially simple variations on one letter. This works because Quenya is the older Elven language, mostly only used by royalty and whatnot, so it isn’t that big of a deal that the writing system is so homogeneous. I mean, compare it to this old handwritten English Bible and it’s not so difficult to see a writing system like Tengwar surviving among the upper echelons. 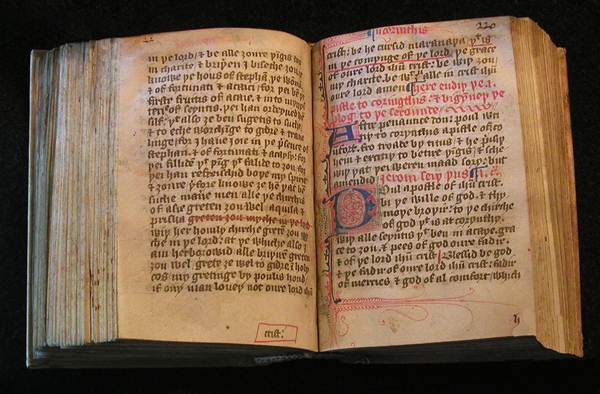 But Tengwar would not work for a writing system used for fast transactions between everyday people. It just wouldn’t survive. It would be diversified so that the letters were easily distinguishable at a glance. And while the new form would be recognizable as having evolved from the old, looking at the two side by side would be about as weird as looking at modern and old English side by side.

One last thing I want to consider when using an alphabet system is whether or not all sounds are represented. In traditional Hebrew writing, vowels are completely absent. Vowel points weren’t added until people started learning Hebrew as a second language. Native speakers just didn’t need the vowels to understand and read the words. If your language is more vowel heavy, perhaps you could only have symbols for the vowels and add small marks for the consonants.

There is a lot more you can do with the writing system for your language. You can choose whether to have one symbol for each sound or to use combinations of symbols for some sounds, like how English uses sh. You could decide to use a syllabic system instead of an alphabetic system, or use a system that assigns symbols to whole words like Chinese does. Or you could use a system that mixes and matches, like the use of kanji and hiragana in Japanese. Or maybe you have a language that isn’t written at all. Each of these choices can be shaped by the history that produced the language (like how Japanese kanji is essentially stolen from China) and can help you to make a language that feels real.

An aspiring author, artist, avid consumer of storytelling medium, gamer, psychologist (insomuch as one with her bachelor's is a psychologist), wife, mother, DM, Christian, a friend to many, and, most importantly, an evil overlord.
View all posts by Rii the Wordsmith →
This entry was posted in General Writing and tagged conlang, conlanging, language, Quenya, Tengwar, writing, writing system. Bookmark the permalink.