Posted on November 9, 2015 by Rii the Wordsmith

The only thing that truly seems to be undying is the quest for immortality. Well, that and Ed the Undying.

Actually immortal NPC (except for when he is playable) from Kingdom of Loathing.

Immortality comes up a lot and I suppose it’s no surprise. It’s not something that ever appealed to me much since I don’t savor the idea of living well beyond my friends and family, especially my husband, but a lot of villains don’t really have friends and family, not the kind that they care about losing.

Or said family is -also- immortal like the homonculus bunch from FMA. Pulled from Zerochan

Even those with family might find the allure of immortality too great to pass up, however. 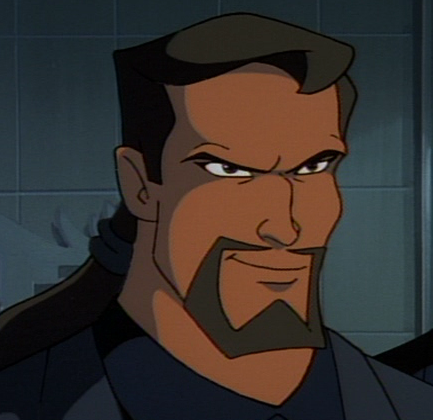 Xanatos tried several schemes, which he seemed to intend to share with his wife. Because having a kid and leaving a legacy behind just isn’t good enough.

Immortality is actually pretty in chic right now too – which isn’t to say it hasn’t basically always been in one form or another, just that vampires and zombies and undead are highly popular right now. Which brings up liches – sorcerers who turned themselves undead as a bid for immortality. They seal their soul in a phylactery and can only be destroyed if it’s destroyed.

Which really makes this guy a lich with seven phylacteries, doesn’t it?

I’m not going to analyze what it is about immortality that is so alluring. I mean, seriously, we all know why someone might want to live forever and the various ways in which it can be screwed up or otherwise not be that great.

He was basically immortal until he got past that one stupid day.

I will, however, point out that as far as immortality is concerned, most folks go the way of Gilgamesh. Which is to say, punctuate the fact that immortality isn’t obtainable. There are some exceptions, like many protagonist undead, but generally characters don’t get immortality. Which makes sense since if the villain is immortal and continues to be immortal, it’s a little difficult for the heroes to win. Although it doesn’t have to be about killing the villain…

…and maybe if you plan on telling the story forever because you’re a major comic book franchise, having a villain that lasts forever isn’t a problem.

So execution of immortality, then. (haha, execution, immortality…okay it wasn’t that funny.) I always like best the stories where there’s a contrast between literal immortality and legacy. People don’t live forever. But they can become immortal through their legacy. Often you do actually see the contrast – but see, Voldemort is still immortal, because he will go down in wizarding history just as much as The Boy Who Lived. Sure, he wanted to be immortal and ruling everything, and being dead but remembered by everyone isn’t quite the same…not remotely the same…but it’s still immortality. Similarly, Hitler is immortal…and so are several great people, too, like Mother Teresa and Gandhi.

I’d honestly like to see more villains hoping to leave a legacy, something that will for realsies last forever and less just trying to find a magic chocolate bar. 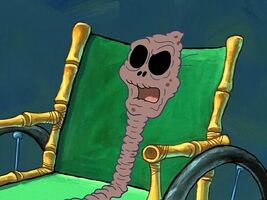 But hey, I get that immortality is apparently cool. You just might consider putting something more artful, symbolic, and/or moral surrounding bids for immortality. I think juxtapositions between the hero who achieves a legacy versus the villain who fails to gain immortality is more interesting than just the bread and butter “he tried and failed” thing.

An aspiring author, artist, avid consumer of storytelling medium, gamer, psychologist (insomuch as one with her bachelor's is a psychologist), wife, mother, DM, Christian, a friend to many, and, most importantly, an evil overlord.
View all posts by Rii the Wordsmith →
This entry was posted in Making Villains (Making Villains la-la-la!) and tagged immortality, symbolism, villains, writing. Bookmark the permalink.