Color Code Your Villains…or Not.

You should all be fairly familiar with color coding in storytelling. But for a quick overview, it’s taking color symbolism – black is evil, white is good, etc – to the level of marking the moral alignment of a character, sometimes (oftimes?) too far to the point where it’s obvious and/or poorly done.

Order of the Stick page 207: Now If Only We Could Organize The Fiends Somehow

Color coding isn’t automatically bad, but it is tied in with assumptions and can easily be lazy, amateurish, or poor writing. But if your villain wears black, I think you should take time to consider why.

If your villain feels like black is a dark and mysterious color or they just like black or whatever, I can’t really fault you for putting your villain in black clothes. I mean, I prefer to wear black shirts – usually they have some sort of geeky thing screenprinted on the front, and they show up better on black. Black is slimming. I have an aversion to lighter colors, though I may wear them. There are a lot of reasons to like the color black.

But it becomes tiresome to see villains always or only in black, or maybe pink if they’re bucking tradition. And if it’s not black, it’s scarlet. Not red. Scarlet. Probably both together. 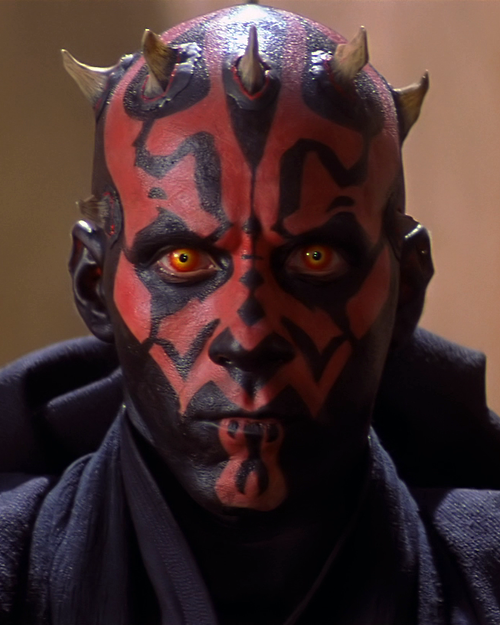 GEE GOLLY DO I WONDER IF THIS IS A BAD GUY.

It’s just…villains are people. And sometimes you really need all the assumptions that the creepy colors bring in with them. Tree frogs wear bright colors to warn their predators they’re poisonous. Sometimes villains have to wear dark colors to warn they’re evil. But I just…feel like there are many times you really don’t and it doesn’t necessarily make sense for your character to wear black or scarlet or “slimy green”. Like I said, getting a rich black color was really expensive, so if you’re writing “medieval” fantasy – though likely you’re already writing so many anachronisms that something this small is a teensy sin – it actually is kind of unreasonable for everyone to have all these pitch black cloaks. I mean, think about how easy it’d be to get a bright scarlet color all by yourself, without buying anything at the store. Yeah. And even today, black can be kind of expensive – if I buy India Ink for trying to practice nib pen use, a little bottle isn’t particularly cheap, but if I dilute it at all with water, it’s no longer black. It’s gray. I’d like to make my bottle of ink last and it doesn’t take much per parts water to still be ink so I get light gray.

Seeing black versions of this outfit always weirds me out. Also women in black chador or niqab. How are they not dying? I lived in Arizona for years and like I said, I like black so with my own experience, I really don’t understand the not dying thing.

If you’re going to be somewhere that black will either kill you or make you stand out (i.e. kill you) then you probably shouldn’t wear black. Duh.

The Stormtroopers not only prove that white can be just as good a villain color, but show that weather preparedness is an important consideration.

There are a lot of artful reasons why your villain might wear black. Or any other color coding color. But…maybe try to consider the practical applications too. First, even. Because it would suck to come up with some really cool symbolism juxtaposition metaphors only to realize that it’s totally impractical in practice.

If nothing else, don’t just stick your villain in villain clothes because that’s what villains wear.

As cool as a cape with its own theme song is, Megamind was basically just playing dress up, just like he was trying to be a villain to fit in, not because he was a villain.

Doing so, I feel, is lazy writing. Lazy writing is always the biggest enemy to your villain. Villains are people too, and they deserve your full attention. If you have no explanation that they wear dark clothes because that’s what they’d wear, it’s still better than that’s what you think they should wear.Don’t put villains in a villain box. Don’t color code them for no reason whatsoever.

EDIT: on seeing my confusion about black robes in the desert, a friend provided some research. It’s still a little confusing to me, but clearly the people who wear black aren’t all dead so...I’d probably still recommend your characters not wear black in the desert unless they really know what they’re doing (and by extension YOU know what you’re doing). That or they face the consequences of going into a desert unprepared.

An aspiring author, artist, avid consumer of storytelling medium, gamer, psychologist (insomuch as one with her bachelor's is a psychologist), wife, mother, DM, Christian, a friend to many, and, most importantly, an evil overlord.
View all posts by Rii the Wordsmith →
This entry was posted in Making Villains (Making Villains la-la-la!) and tagged color-coding, stereotypes, symbolism, villains, writing. Bookmark the permalink.

5 Responses to Color Code Your Villains…or Not.